In a time when the world is a strange and deadly place, there lives a people embracing the hope of those who came before them. This hope born of tolerance and communication is the most infectious force on this planet. Freedom to freely speak your unique view of the world, foresight to recognize the darkness in your own life and light to fight that inner evil in all of us. One key element in this struggle is to recognize that no matter what religion you follow, be it Christianity, Islam, Buddhism or others, the common beliefs of all far outweigh the differences. Follow your rulebook for how you reach fulfillment of your life’s work, but do not extend your rule beyond yourself lest ye lose the way to your end. The journey is long and often hard, yet well worth the end. The future shall be determined by those who stand for peace through shared experience. Only then can we find the way to commonality where respect for life is the directive above all others and all work for the advancement of our kind instead of quarreling among each other like children fighting over a bag of marbles. Don’t lose your marbles.

Soaring high over the land, wings spread wide to catch the warm air rising over the mountains, the eagle spies a few moving through the treetops below. Here above the clouds, not many visit let alone stay to call this height home. Leaving the column of warmth, she dives to the tips of the trees until she reaches the next ridge to climb again.

The land below seems different today. Change blows on this wind. Change and death. Suddenly a huge dragon swoops down behind her. One glance back was all she had before it was upon her…

Below in the trees, nothing was quiet. Song birds chirped away as the village celebrated. Today the princess was to marry the prince of the land to the south. The two peoples of the marshland were at war for 1000 years before they came. Now this marriage would solidify their truce.

From a window overlooking the valley a girl watches the river as it winds lazily through the forest to the gorge and the sea beyond. Her dark hair flowing down her newly laundered dress to just below her shoulders. A light breeze whispers past bringing the song of birds in the trees above. Humming softly to herself she brushes her hair, gazing into a tall mirror. It’s nearly time now. Soon she would marry and everything would be happy, carefree, and alive again.

But below in the valley things aren’t as serene as they appear above. In a copse of trees north of the village a small fire burns in the camp below. Something strange is approaching from the south. No-one in the village has noticed the lack of birds in the sky today, or the diminishing number of animals in the forest. Things are quiet in the forest.

A shimmering takes on shape in one of the trees near the rock wall at the south end of the valley, then flickers back into nothingness. Further west there’s a strange creature sitting in the center of a clearing. A squirrel spies it from a tree not far away. It doesn’t move an inch. Is it dead? Nothing of the forest dared approach it. Man hasn’t been here in many years. And soon it will be too late. Unless, a man wanders by quickly. The creature knows this and yet sits patiently.

The Port of Souls

It is a glorious morning in the port town of Coricace. The sun rises over the sea burning the thick night fog away to reveal the wide mouth of the Reninshon. Hills covered with trees surround the valley leading to this sprawling town. Further still up the valley where the river splits the distant mountains, snow capped peaks are ringed with ever present storms, replenishing the snow and ice which are the distant river’s source.

To the sun, open ocean, ships of all sizes and shapes dot the harbor. The fishermen will be returning with the morning catch soon to feed the townsfolk and the visitors who patronize the many inns on their way to the passes to trade or on to the lands beyond the sea.

Looking out upon the glistening water, a young girl dressed in a men’s breeches and shirt sites upon a barrel of ale sharpening a small knife with a stone. Burly men pass by a few feet away carrying other barrels and sacks, boxes and trunks of goods for sale in the market just up the street in the Trader’s Square.

A traveler approaches from afar. Few have dared traverse the pass since it came. Less have survived to tell the tale. The horrors of the southern wood prevented all from returning. Now time is still in the wood of hope. Men of the valley from long years past are remembered of the few farms and houses in the south. Doubtless all burned and pillaged long since it came. In the north a few still pass, but the journey is not easy, nor is it worth the risk say many a merchant’s guard.

This traveler seemed no different than any other, but there was something different. This traveler wasn’t afraid to face the wood. This one wasn’t aware of any danger. Some would call him a fool, others said he was mad, but none could or would dare speak it to his face, and no-one would venture to warn or stop him.

A few weeks after his arrival he set out on another of his little expeditions into the southern wood. This time he ranged far beyond where any had gone in centuries. As he continued past the warning signs left by some farmer long gone he entered a part of the forest that was somehow different. It not only grew, but it thrived. The trees here were immense. And after half a day’s journey from their edge, the forest stopped. It simply stopped dead and nothing but bare ground lay ahead for a hundred paces in a circle.

In the center of this circle sat a strange rock. Staring and somehow attracted to it, he stepped forward. As though he was in a dream he moved slowly and steadily forward until he was 10 paces from it. Then for some odd reason, he stopped. And the rock spoke…

It was light that day. The wind whistling through the trees surrounding the camp. It was cold yet no one seemed to feel it. Some sat by the fire light in the hazy morning mist eating their meager rations before the day’s work would begin.

Clothed in dull grays and browns they sat and ate. The grass was wilted and dew covered…

It was a clear night when the ship cleared the mouth of the harbor. The stars danced on the calm water as they approached the city. Small ships dotted the bay, sparkling a thousand lanterns across the sea.

As they approached they heard the buzz of a large city, and something more. Celebration filled the air. People filled the streets, dancing from tavern to tavern, making love and falling to the thieves. Suddenly, flares of light filled the sky, images of flowers, stars and thunderous noises bursting forth from the nothingness. A thousand scents filled the air, perfumes from a thousand lands.

The sea was calm that morning. The water was blue glass writhing below a sea of air. The sun peaked over the horizon glistening brightly into the blue sky.

Recently I setup a Hyper-V Server and ran into a few issues around networking and setting up a virtual firewall with ISA 2006. It turns out that Hyper-V creates a virtual network adapter for the physical computer and plugs it into the physical adapter which is turned into a de facto network switch. So, if you’re going to use a router or firewall inside a virtual machine you will end up with two network adapters plugged into the “switch” on the external side of your firewall. That might be fine, but it poses a small problem when used in conjunction with Comcast because they see it as two computers and the physical computer may win out and get the external IP while Comcast ignores the other network adapter.

The solution is to disable the virtual adapter that was auto-created for the physical host on your external physical adapter “switch”. Thus Comcast will only see one computer and all will be happy. Searching around for the commands to do this in a Core/Hyper-V console only install of server 2008 proved to be a bit of a trek. After a few days and a few Google searches later I found the answer. Here it is…

Pretty simple, but my install of Hyper-V Server also suffered from a bug that luckily has a hot fix. It was showing no interfaces when I ran this:

…which is a bug. After I found the patch for that though the rest was done in no time.

I’ve been playing with a REST WCF service for a bit and noticed when I attempted to add it to Azure’s service bus that it blew up on me. It even goes so far as to kill the development web server in VS2008.

After a little debugging I traced it back to a small bug in the Microsoft.ServiceModel.Web code from the starter kit. Turns out the code relies on the OperationContext.Current which is null unless AspNetCompatibility mode is Allowed or Required, which doesn’t work on Azure (at least not that I could see). So… I fixed that bug and all was well, sort of…

You see, it seems that now I have an endpoint disagreement somewhere because I’m getting this now:

a:DestinationUnreachableThe message with To ‘http://servicebus.windows.net/services/improvGroup/Manager/Contacts/help?apikey=bigGuidHereSnipped&#8217; cannot be processed at the receiver, due to an AddressFilter mismatch at the EndpointDispatcher. Check that the sender and receiver’s EndpointAddresses agree.

I guess I’ll poke around with it later when I have a few hours. Any suggestions?

FOLLOWUP NOTE: I was able to get the service working on Azure if I disable the interceptor that adds the API key check. So, it seems maybe I only partially fixed the previous issue in the starter kit.

This is pretty obscure… EBS goes through its setup perfectly until it tries to install System Center Essentials, which we all know was invented by Satan himself because it never freakin’ installs correctly even by itself. So, if anybody reading this has any ideas about how to get around this issue, let me know… And no, installing VMware is NOT a solution, even if that might work. 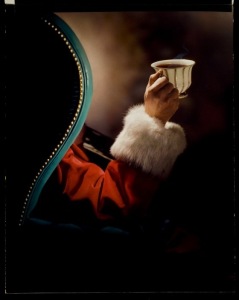 So here we sit on Christmas day watching TV or just being lazy. Many of you are watching kids with their toys running around the house. I find myself here at this old comfortable spot, with the TV on in the background, the coffee brewing and the chill air outside, wondering what the next year will bring and looking back at the last. It’s been fun this last year and the next will be completely different. What, you thought I had some profound point? LOL Not likely.  hahahahaha… or should I say hohohohoho….

I did a 3D Photosynth of our Heliotrope Hike. It has a 360 degree view of the high spot where we went.